8 Must Visit Hindu Temples Near Atlanta 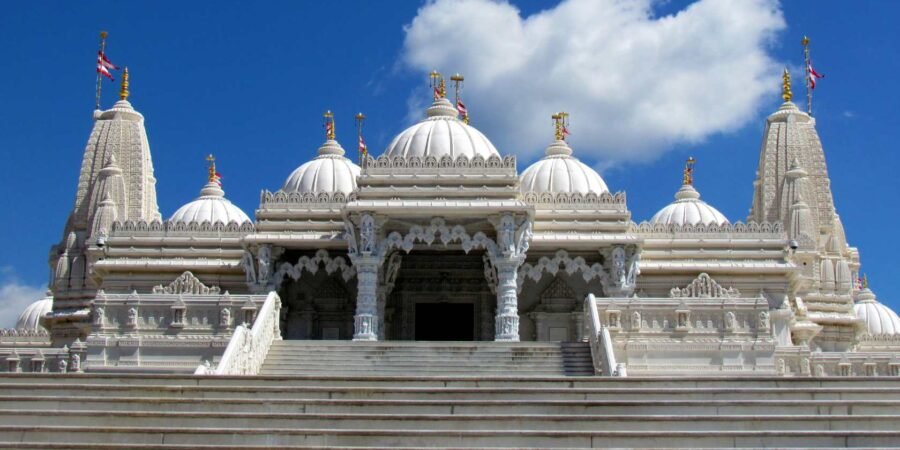 Hindu temples are well known for their meticulous architecture and spiritual significance. They are now found almost all around the world.

The city of Atlanta is one such place where there are various Hindu temples, and people from different countries excitedly visit them. These temples engage their devotees in multiple social and religious practices.

The Hindu community has been present in the US for more than 30 years now, which has enabled the nation to establish temples around their beliefs.

Here is a list of the top Hindu temples in Atlanta that you should not miss.

This temple was established in October 1984 over the land donated by a group of 15 people. The temple follows Dravidian style architecture and is open from 9 am to 8 pm every day.

The temple complex is divided into two parts one is Balaji temple, and the second is Shiva temple.

No shorts, no skirts, and no cash transactions are allowed in the temple.

This temple is also known as Bochasanwaski Akshar Purushotam (BAPS). It was inaugurated in August 2007 and spread in 30 acres. The temple is made of hand-carved Italian marble, Indian pink sandstone, and Turkish limestone.

The main deities of the temple are Swami Narayan and Gunatitanand swami.

It was established in 1990, and Murthi sthapana was done in 1993. The foundation of the temple was laid to fulfill the spiritual, cultural, and social needs of the Hindu community.

One has to be covered from shoulder to knees to enter the premises.

The main deity of the temple is Shakti Swaroopini Durga Maa. Services from marriages and baby showers to havan and youth camp are all offered here.

It is the oldest Hindu Temple in Atlanta and was started in 1971. This temple follows a basic Hindu Shikharbaddha dome structure. It has been expanded to 10 acres of land.

The main deity of the temple is Shiva Lingam at the center, along with Ganesha on the left and Hanuman on the right.

This temple was established by pt. Gyan Prakash Upadhyay in Feb 2015. It is actually located in a commercial building of a mall and surrounded by multiple Indian restaurants and shops.

The architecture followed by the temple is western commercial, and the main deities here are Lord Ganesha, Shiva, and Navagraha.

It is a religious, charitable tax-exempt organization founded in 1986, and it is known as a Vedic temple. The temple architecture is a western residential structure, and the main deity considered here is “Om.”

It is believed that Om is the highest and most proper name of God.

The temple follows the principles of Arya samaj, which was founded by Dayanand Saraswati.

The Atlanta Hare Krishna temple is also famous as the New Pantihati Dharma. It is a spiritual community that inspires people of different nationalities/religions in devotion to God.

The temple follows a western Rresidentialstructure and the main deities here are Radha & Krishna.

This temple is spread over around 13 acres of land and comprises Sai Baba’s mandir along with staff quarters, Hall, and a Meditation center.

The main deities are Sai Baba, along with effigies of Hindu gods and goddesses.

Hindu temples are meant to encourage reflection, provide purification of one’s mind and help in inner realization. The architectural beauty is very versatile and mesmerizing.

One finds his way to the spiritual spectrum once they enter the premises and the best part about Hindu temples is that they are found almost everywhere in the world now.