Top 10 Best Places to Celebrate Halloween in the USA 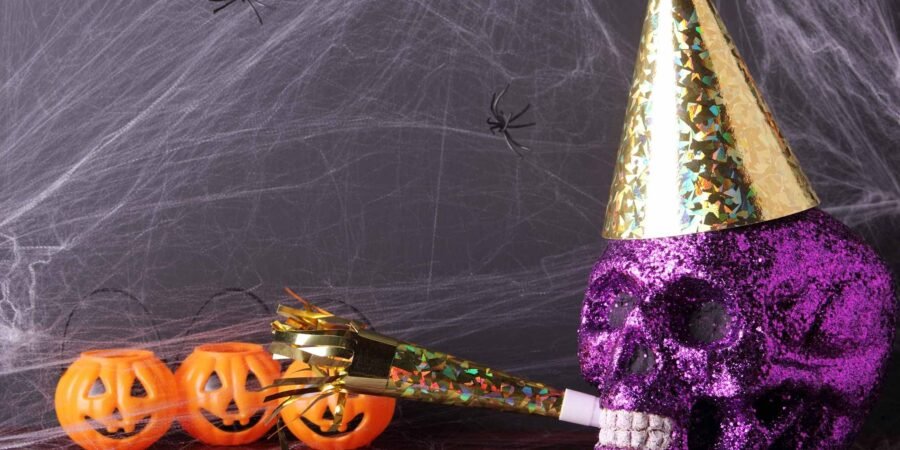 The present English name Halloween dates back to the medieval period of Christianity. The word “hallow” is derived from Middle as well as Old English words for holy. As a verb, it could also refer to a saint. The Christian holiday that we now call All Saints’ day was referred to as All Hallows’ Day, and the day prior to the evening mass was celebrated was called All Hallows Eve. This three-word title was eventually reduced to Halloween.

The long-standing Gaelic celebration of Samhain that took place on November 1 but was a night that began prior to it is believed to be the first known source for many of our current secular Halloween customs. It was a significant moment in the year when the seasons changed, but most importantly, people believed that the lines between this world and the next became particularly thin, which allowed them to be in touch with the deceased. This is also the reason why Halloween gets “haunted” connotations.

Here are the 10 best places to celebrate Halloween in the USA:

Festival of the Dead, Salem, Massachusetts

Welcome your guests to Festival of the Dead, Salem, Massachusetts, where you will have an excellent chance to ask all your questions regarding magic rituals and the realm of spirits.

There are several paranormal workshops; journey through time, learn about spirits of the dead and share your experiences. Enjoy Halloween by enjoying music, food festivals, bonfires, and the distinctive experience of adventure.

Horror stories, a variety of magical creatures, and many other entertainment options await you at the Keene Pumpkin Festival. The festival schedule includes parades, big sales, food and beverage tastings, music, and other events to participate in.

You can choose from various costumes, dress in a theme of the wicked witch, or welcoming elf, and take part in parades in costumes. Be sure to go during Halloween, and you’ll find the entire box filled with pleasant memories and memorable feelings.

There is plenty of entertainment on October 31 could see you at West Hollywood Halloween Carnaval, California. A large number of people walk around the main streets and take part in a massive parade that is dedicated to Halloween celebrations. There are spectacular spectacles, fireworks, and food vendors throughout the night.

The Annual Village Halloween Parade has become more than a normal celebration of Halloween. Instead, it’s the entire tradition of fun, excitement, and exciting adventures.

It’s considered to be the largest Halloween parade on earth that includes singers and bands, clowns, and other performers. It’s getting more well-known over the years, and every year, there’s a distinct theme to the parade. Millions of people visit the streets to witness the parade’s 1 mile of people dressed in different costumes.

It’s impossible to miss this parade! Krewe of Boo Halloween Parade is a unique location where all horror stories come alive and where the spirit of the dead is awakened, and the entire state is awash with anticipation for Halloween night. Kern Studio, which is well-known for its unique 3-dimensional sculptures, is set to showcase the most stunning and astonishingly realistic characters from terrifying films.

Another great place to go to celebrate Halloween is the city of Chicagoween, located in Illinois. Chicago is a fan of this celebration which is why people start planning for it a while before the actual celebration takes place. Halloween-themed streets, the water in fountains gets dyed shades of orange and yellow. The buildings are decorated with images of witches, and this makes the city more beautiful and filled with a magical spirit.

Participate in this year’s Las Vegas Halloween Parade, Nevada, at no cost! The parade is built on the power of positivity, creativity as well as joy, and enthusiasm. Dress up to the best of your ability and be the first to win prizes. Tourists are able to sample the local food and drinks at bars, cafes, restaurants, and bars. Choose your costume and have fun enjoying the evening in Nevada. Participate in competitions and enjoy live shows of the top groups.

Anoka Halloween is a well-known Halloween parade that celebrates traditional American customs. It is a fun event that invites everyone to be involved. It is common to observe a large number of kids dressed as a variety of the most amazing creatures walking along one of the streets. It’s a child-friendly festival, so bring your family along and go on an adventure!

An alternative to the traditional method of celebrating Halloween is going to the Little Five Points Halloween Festival and Parade. This event has plenty to offer visitors. Live music activities, entertainment, food, and drink tastings, inspiration for creating, and the perfect venue to spend a lot of fun with friends. It’s among the parades that you must see and can make you feel content and engaged.

The Spooky Empire’s The Ultimate Horror Weekend is the biggest horror event that takes place during Halloween in Orlando. The popularity of the event has increased tremendously over the past few years, and it attracts people of all age groups. It is possible to get together with the actors from your favorite horror films and have a blast participating in different activities.

Halloween is one of the most loved festivals. People dress up in costumes and come together to celebrate. Trick-or-treating is a traditional custom for Halloween where kids go door to door to collect, asking for treats using the phrase “trick or treat .”So, get your costumes ready because Halloween is just around the corner!

Also read: How To Decorate Your Christmas Tree Like A Professional