20 Things You Should Know Before Moving To The USA 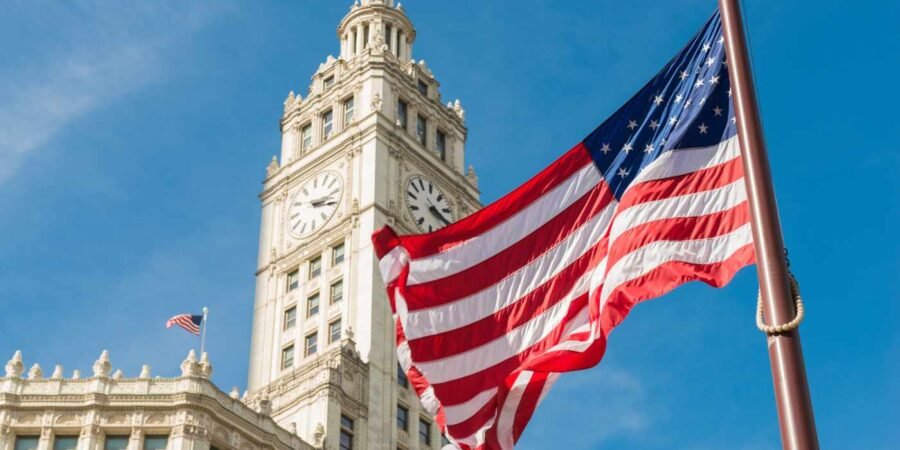 There are several cultural changes you should be ready for if you’re migrating from any other country to the USA. For one thing, Americans don’t eat vegemite.

We’ve compiled the most significant aspects of US culture that we believe you should be aware of before moving or travelling there, from the NFL and Thanksgiving to pumpkin spice lattes.

Here’s a list of 20 things you should know before moving to the USA.

Standing up, facing the flag (if you can see one), and placing your right hand over your heart is the three most crucial actions. Although singing is not mentioned, most Americans frequently participate enthusiastically. More than any other nation, 41% of US inhabitants believe that their country is the finest in the world, according to YouGov.

Moving from Australia to the United States may come as a bit of a shock if you enjoy vacations. America is the only industrialized country where companies are not compelled by law to provide any paid leave, in contrast to Australia, where employees receive at least 4 weeks of vacation time annually (plus 10 public holidays).

Fortunately, most US companies do provide some vacation time, even though the average nationwide is only 21 days. It can assist if you think of your relocation to America as one huge vacation.

Driving Is Done On The Right

This one is easy to understand and very important to remember. You will join the 75% of the world that drives on the right side if you relocate to the USA.

This also means that they construct their cars with the steering wheel on the left, so if you bring an Australian-made automobile with you, things can be a little challenging.

Sales Tax Is Added At The End

Don’t be fooled by the pricing at the stores; they are more expensive than you anticipate. Retail sales tax is not added in the US until you check out at the counter. The amount that has been tacked on is printed on the receipt so you can see it clearly.

The rate varies from state to state, with Colorado having the lowest rate in the country at 2.9% and California having the highest at 7.25%. I think it would be wise to purchase your clothing in Colorado.

The Portions Are Enormous

There, everything is huge, particularly the food. Although it’s a preconception that Americans frequently consume oversized meals, numerous statistics support it.

According to a 2017 Food Service Warehouse survey, the average American consumes 3770 calories per day, which is more than any other country in the world.

The weight of the typical fast-food burger in the USA has climbed from 80 grams to 121 grams during the past 50 years. For those with large appetites, it is paradise.

Thanksgiving Is Quite Popular There

Many individuals all throughout the world may hear about Thanksgiving their entire lives without actually understanding what it is or what it represents.

Native Americans were invited to a feast by some British pilgrims back in 1621 as a way of saying “thank you” for helping with the harvest, and ever since, America has been obsessed with it. Every year on the fourth Thursday in November, they have a celebration.

The day before Thanksgiving and the first Sunday after are the two busiest travel days in America each year, making Thanksgiving perhaps greater than Christmas. Although we’re shocked America hasn’t made it pumpkin-flavoured, turkey is a need for any Thanksgiving meal.

They Employ Knives And Forks In Various Ways

This frees up the other hand for hyper-American gestures like high fives and thumbs up. There is no formal “Knife and Fork Code,” despite the fact that this fork-only approach is extremely widespread in the nation. Burgers can still be consumed with your hands.

Put An End To Electric Kettles

When it comes to brewing tea or coffee, things are a little more traditional in America. One of the contemporary luxuries of life is turning on an electric kettle; however, in the United States, you must boil your water over a stove.

The majority of US houses utilize 100–127 volt electricity, which is insufficient to quickly heat water in an electric kettle. It may sound difficult to switch to a classic kettle, but at least you’ll get to hear the amusing high-pitched whistling sound it emits.

Cricket is not one of the many sports that Americans enjoy. The long-established game of batters and bowlers has never gained popularity in the US since the NFL, baseball, and basketball are preferred over its intricate rules.

According to the 2017 Harris Poll, 37% of Americans cited American football as their favourite sport, making it the most played sport in the nation. However, there is still hope because Jay Pandya from Global Sports Ventures is investing $2.4 billion in a new league in an effort to boost cricket’s popularity. All the best to him.

America is known for its Christian heritage, and the religion still has a tendency to influence events, especially in the central and southern regions.

Although its most fervent versions are allegedly on the decline, 83% of Americans identify as Christians. The degree of Christianity varies greatly from state to state in this case, so it all depends on where you’re going.

Each State Is Unique

It is hardly surprising that there are significant regional disparities in a country with a land area of 3.8 million square miles. There are significant differences across the fifty states when it comes to anything from politics and laws to accents and dialects.

If you take a flight from Rhode Island to Utah, you might question whether you’re still in the same nation. In Louisiana, marijuana is outright illegal, whereas it is completely legal in Oregon.

While less than half of people in Vermont share this opinion, nearly 90% of people in Mississippi believe that religion is vital to their lives. Miami, Florida’s coldest month, is warmer than San Francisco, California’s warmest month. You see what I mean.

Due to its vastness, America has an abundance of breathtaking natural beauty. The US has some of the most stunning scenery in the world, but its cities typically receive all the attention from foreigners.

America has 412 national parks totalling a massive 84 million acres, with locations as diverse as the towering mountains of Yosemite and the lively forests of the Everglades.

Given that they have visited them 13.5 billion times during the last century, Americans adore their national parks. You can see their enthusiasm by simply visiting one of the parks.

Do Not Neglect To Tip

The cost of a dinner at a restaurant will never be what is listed on the menu. Because American wait personnel are not paid adequately, tips have become a significant source of revenue for them.

If you tip your cheerful waiter or waitress less than 15-20%, they might start to grow a touch chilly. Tipping is still ‘voluntary,’ of course, but we heartily encourage you to exercise that option. Have some cash on hand at all times because taxis and hotel bellhops operate similarly.

It’s a little challenging to comprehend this one. Why do Americans worry so much about local youngsters playing sports? Nowhere else in the world does amateur sport receive such attention.

The majority of schools and universities have large arenas that are regularly packed with spectators, which contributes to the huge culture. Particularly with American football, this is the case. College teams are a more tempting option for local fans because they have more history and significantly less corporate funding than professional clubs across the nation.

Drinking Must Be Put Off

When it comes to alcohol regulations, America is serious; you can’t start drinking there until you’re 21. In some states, it can go even further; for example, Indiana forbids the selling of alcohol on Sundays.

It’s not the railways that make America famous; it’s the vast roads and the enormous cars. And there’s a good explanation for it. Due to years of underfunding, the US train system is actually not very good. Although the trains on the northeast coast are generally good, they can often be exceedingly slow and expensive.

The majority of US railways are run by Amtrak, although only 72% of their trains arrive on schedule. Given that domestic flights are frequently less expensive than trains, it is not surprising that Americans prefer to travel by air.

The Name For Flip-Flops Is Thong

Thong also refers to something completely different. You may leave your “bogans,” “bevvies,” and “eskies” behind because the majority of your Australian slang will not be understood there.

There is a lot of American slang to learn, including entrée (main course, not starter), tater tots, and others (potato gems). The lingo varies from state to state, which makes things much more challenging. Consider the word “sugar,” which is used in baking in the north but is likely to result in a kiss if requested in the south.

In actuality, more than any other nation in the world. The typical American watches about five hours of TV every day! Given the high demand for television in America, it is not surprising that many move there to pursue careers in the industry.

There is an incredible variety of content available, including the wildly popular late-night talk shows and sitcoms, as well as sports, documentaries, and 24-hour news networks. There, television is ruled by abbreviations, with CBS, NBC, ABC, and HBO taking up most viewers’ viewing time.

For Them, Guns Are Highly Important

The “right to keep and bear arms” was granted to Americans almost 250 years ago, and they haven’t let go since. There are around 90 guns for every 100 individuals in the country, which is an alarming rate of gun ownership.

The drive for stricter gun regulation is proving to be fairly challenging because many Americans view having unlimited access to guns and complete freedom as being roughly equivalent.

The Imperial System Is Still In Use

The land of pounds, feet, and inches is yours to explore. The United States belongs to a select group of nations that do not use the metric system, along with Liberia and Myanmar.

They still operate under the peculiar imperial system that they received from the British all those years ago. It takes some effort to understand the conversion rates because they are rather illogical. For instance, a mile is 1.6 kilometres, and a pound is roughly 453.5 grams. Yes, it’s awful.

Although it’s very obvious that the way of life varies rather considerably from state to state, maybe this eclectic collection has given you a taste of American culture. You’ll soon be a genuine American if you put your cricket bat away and get a Burger King.