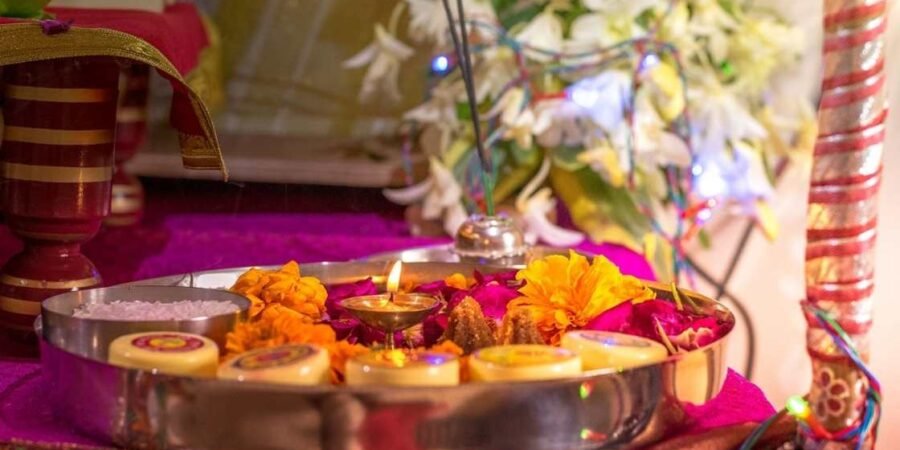 India is known for its culture, and festivals play a very big role in it. Karwachauth is one of the festivals celebrated by Hindu women in India and across the globe for the longevity and well-being of their husbands. As per rituals, married women dry fast on this day for their husbands.

They break it with the moon coming out and husbands giving them the first sip of water and a morsel of food. At last, husbands surprise their wives with gifts which apparently makes it even more overwhelming for the couple.

Karwahauth originally used to be celebrated in the form of a ritual which now has taken over as a big festival. If we speak about its popularity among the regions, north India has it the most. Karwachauth is considered a festival of togetherness, shared love, and a deeper bond between a married couple. Married women avidly wait for this day the whole year to strengthen their bond with their husbands.

Considering the importance and popularity of this festival, we have tried to put together some interesting things about Karwachauth that you would love to know.

What Does Karwachauth Mean?

Karwa basically means a small earthen pot of water, and Chauth means the fourth day of the new moon in the month of Kartika as per the Hindu calendar.

Chauth signifies that Karwachauth falls on the fourth day after a full moon, whereas the earthen pot gains its significance from women using it to offer water to the moon, followed by rituals.

Strengthens The Bond Between Girl And Her Daughter-In-Law

Apart from all the good things that this festival brings to a couple, it strengthens the bond between a girl and her mother-in-law as well.

The mother-in-law gifts the girl Sargi which is basically a festive meal thali consisting of different food items. This festive breakfast thali is consumed before sunrise so that the girl stays energetic throughout the day.

Mehndi is considered the most important accessory in Karwachauth, and it is followed by bangles, bindis and sindoor, which makes the festive look complete.

Applying mehndi on hands and feet is considered a sign of good omen and prosperity which enhances its importance even more.

This might sound surprising, but unmarried girls also take part in this festival if they want to.

But the rules for them are a little different, or you can say they involve fewer rituals to be followed. Unmarried girls who fast on Karwa Chauth don’t need to wait for the moon to break their fast. They can simply break it once the stars are visible in the sky.

Tradition Of Everything New

If you ask us what is new about this festival. We would like to tell you it’s everything. Yes, everything from jewellery, makeup and pooja things to clothes should be brand new.

An already used thing cannot be used on this occasion which definitely gives you a prior shopping list idea. You can research and figure out what things you need for the day and get them in advance.

You must have heard of the term Pati parmeshwar somewhere before, but did you know it originated from this day only?

Pati Parmeshwar means husbands are gods, and wives’ responsibility is to serve them and keep them happy.

The Story Behind Karwa Chauth

There is a story associated with this festival that speaks about its origin of it. They say once upon a time that, a queen called Veeravati dry fasted for her husband while she was at her parents’ house. She could not handle the effects of fasting, and being the only sister of some 7 brothers, they could not see her suffer and decided to break her fast.

They created a fake moon and made Veeravati break her fast, but the moment she ate, she heard the news of her husband’s demise. Then she decided to fast all over again and told goddess Parvati about her brothers’ deception.

Looking at her love and devotion towards her husband, Goddess Parvati brought her husband back to life.

Festivals play a very big role in our lives and help us manifest the value of togetherness and love. Karwachauth too, is an occasion for married people to celebrate love, togetherness, joy and purity.

Despite the fast pace of modernisation, the importance of this special day cannot be denied. Karwachauth only and only makes the bond between husband and wife stronger.

Also read: 10 Famous Festivals of India To Experience in 2023