10 Famous Festivals of India To Experience in 2023 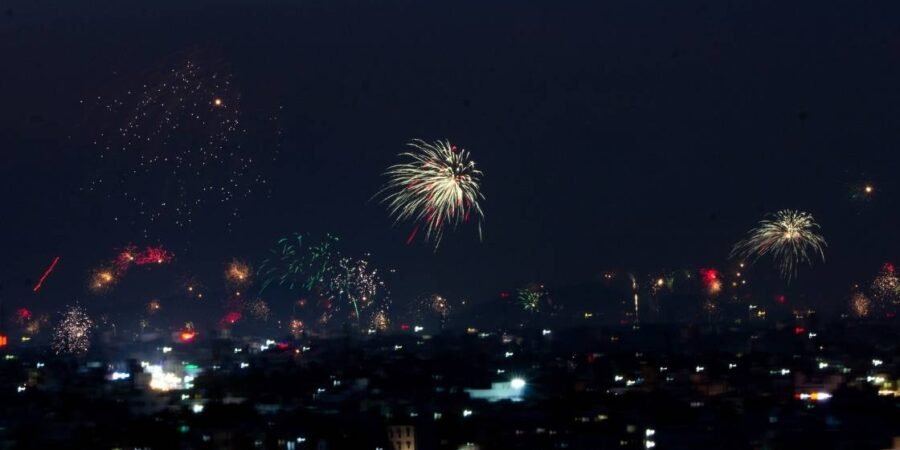 India is the Land of many different cultures and beliefs. Every nation of India has its own language as well as dialects and cultural customs. There are a variety of celebrations in India which are celebrated by different religions and communities. Certain festivals are associated with communities and the state, while others are observed according to the beliefs of the religion.

Most religious festivals in India include fascinating mythological stories that are associated with them. These tales are passed down from one generation to the next so that the importance of these celebrations can be recognized and the custom continues to be carried on by the next generations. Here are the 10 famous festivals of India to experience in 2022.

Diwali is popularly known as the festival of lights which is celebrated every year in the month of Kartik. Every year, Diwali is celebrated on the no moon day and the goddess Lakshmi is worshipped at night. And lamps are lighted in every house to overcome that darkness. People decorate their houses, wear new clothes, make rangolis and attend puja in their homes.

Diwali was first celebrated when Lord Rama came back to Ayodhya along with his wife Sita and brother Lakshmana after 14 years of exile. People welcomed them by lighting lamps and celebrating their comeback. Many sweet dishes are eaten, and gifts are exchanged on this day. Diwali is one of the most famous festivals in India.

This vibrant festival of colours is celebrated on the full moon of Phalgun month, which usually comes in the month of March. It is celebrated by applying dry and wet colours of multiple hues to each other. People make a huge Holika bonfire for Holika Dahan on the eve of Holi.

Holi signifies the victory of good over evil, the destruction of demoness Holika. It also indicates the arrival of spring.

The celebration of Dussehra is among the most well-known festivals in Indian states. The festival is celebrated all over India by those in the Hindu community. Dussehra is an opportunity to celebrate the victory of Lord Rama in the battle against Demon King Ravana.

Also known as Vijayadashami, it is believed to be the triumph of good against evil. According to Hindu mythology, Dussehra is celebrated after Navratri because it is believed that Lord Rama worshiped Goddess Durga before embarking on his journey to conquer Ravana upon Lord Vishnu’s guidance. On the eve of Dussehra, the effigies of Ravana, Meghnath and Kumbhkaran are burned.

Going to temples, praying and dancing, and singing Bhajans (hymns) until midnight is one of the main celebrations to mark Krishna’s birth. In many cases, little children dressed as Lord Krishna on the day. The images and the depiction of Krishna’s life are displayed in “Jhankis” in temples. It is among the most celebrated festivals in India.

Ganesh Chaturthi is known as one of the most popular festivals in India. It is a 10-day celebration of the birthday of Lord Ganesha. Ganesh Chaturthi can be observed across India; however, the State of Maharashtra is known for putting on the most extravagant celebrations on a day of great significance.

It is believed to be among the most sacred festivals of Maharashtra. In Maharashtra, Lord Ganesh is celebrated for ten days and with a distinct ritual every day. On this occasion, Modak, which is known as the favourite sweet of lord Ganesha, is made and distributed in households. On the tenth day is when Ganesh’s idol will be carried around in the town by a large crowd, and finally, it is immersed in the sea.

This is a nine-day celebration which is followed by the tenth and last day of celebration, known in the form of Vijay Dashmi. This festival is a 9-day festival celebrating Goddess Durga. It’s a celebration of the goddess’ victory over the Mahishasura Demon, who sought to wage an attack on the Gods. The nine days of celebration are when the nine goddesses of Durga are revered.

Navratri, also known as Durga Pooja, is one of the most revered festivals celebrated in India. In the northern part of India, the fasting period is observed over seven or eight consecutive days during the festival of Navratri, and the fast is concluded on the ninth or eighth day. While in West Bengal, the celebrations are held on a top-of-the-line in pandas (huge tents), during which each night for nine evenings, people gather to dance, sing, and eat delicious sweets and savouries.

Onam is among the most well-known festivals in Indian states that are located in the Southern region of the country. It is a significant celebration, especially for the inhabitants who reside in Kerala, because they believe that Onam is the time of homecoming for the legendary Demon King “Mahabali”.

The festival includes street carnivals along with traditional dances such as “Tiger dance” and “Pulikali”, as well as folk music and spectacular fireworks. On the day of Onam, locals lavishly decorate their homes and prepare “Phokalam”, rangoli made with flowers. Onam takes place for 10 days in the season of harvest in Kerala. Traditional nine-course meals are made for guests and families.

Mahashivratri is one of the most famous festivals in India. It is enjoyed and celebrated everywhere. According to mythology, Lord Shiva married Goddess Parvati on this day. It is known as the day of the union of Shiva and Shakti.

People fast throughout the day, and at night all the rituals are carried out. Temples are decorated, and many people come there to worship. Milk and flowers are used to worship Shivling as well.

Baisakhi is one of the most celebrated festivals in India and has been celebrated by the Sikh people of Punjab as well as those from all over the globe. It is a celebration of the beginning of the harvest of the rabi crop. The Sikhs celebrate the festival with great enthusiasm and excitement by dancing to local folk music like Giddha or Bhangra.

The festival has great significance to the religious community of India since it marks the date on which the 10th Guru of the Sikhs, Guru Gobind Singh, laid out the foundation stone for the Panth Khalsa Order in 1699. Baisakhi is celebrated to mark the onset of the spring season in India.

Eid- Ul- Fitr is a holiday that is celebrated by the Muslim community of India. Every year Muslims observe a fast for 30 days in this holy month known as Ramadan. Eid-Ul-Fitr is celebrated following the fasting that is observed at the end of Ramadan.

Eid can be observed for three consecutive weeks after the end of fasting. On Eid, people put on new clothes and perform prayers in a group. For three days, family and friends families visit one another as well as exchange presents. A special sweet treat, “Seviyan”, is prepared and served to everyone.

These are some of the famous festivals of India. In India, religions are diverse, and each religion has its own number of festivals. These festivals bring joy and peace to people and bring them close to each other. Experiencing each of these festivals is a unique experience in itself.