Top 15 Most Popular Indian Dishes Everyone Must Try 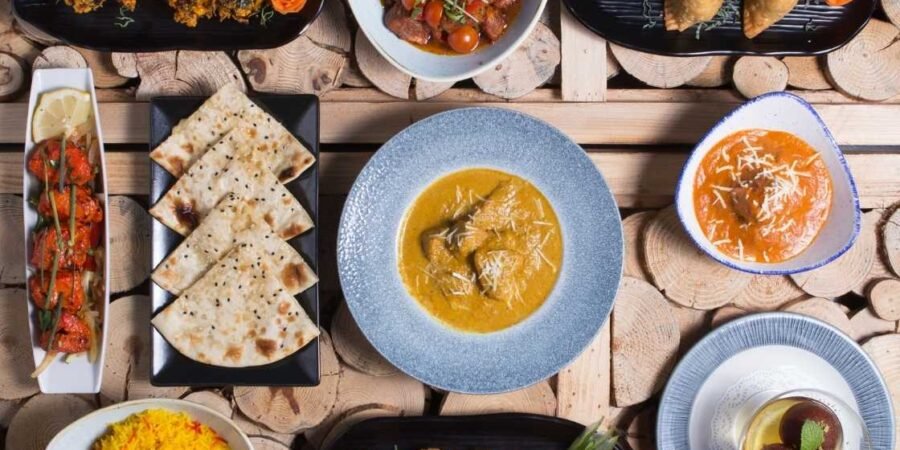 Indian Cuisine is one of the most diverse cuisines, which is characterised by its sophisticated and subtle use of many spices and regional varieties. Within India, there are many varieties of food based on the different regions, but it is mainly divided into north-Indian and South- Indian food.

South-Indian food mainly focuses on veg dishes, whereas North-Indian food consists of many non-veg dishes. South-Indians prefer rice over roti or naan, but North-Indians prefer to eat roti and naan more. But all the different dishes and use of spices make the whole Indian Cuisine which is finger-licking, good and aromatic. Here are the top 15 most popular Indian dishes that everyone must try.

Biryani is a mixture of rice, meat and spices which are traditionally cooked over an open fire in a pot. Biryani is one of the most liked Indian dishes.

It was brought by the Mughals to India. It is mixed with various spices and components to create an aromatic and unique flavour. It could also be cooked without meat for vegetarian people.

It is a classic Indian dish which is made with grilled chicken, tomato and butter sauce. This dish is very rich in flavour, and its sauce has a unique thick texture which gives it a different and satisfying taste.

Masala dosa is considered a dish from the southern Cuisine of India, and it is one of the most popular Indian dishes. Dosas are generally a form of thin pancakes of fermented rice batter, which can be eaten on their own with sauce or chutney or stuffed with spiced potatoes. Masala dosa has a savoury potato filling and can be eaten with sambar also.

Idli is basically a steamed, fluffy rice pancake which is about 2-3 inches. It has numerous health benefits and also it is good for weight loss, and is a healthy breakfast option.

Saag Paneer is a unique dish of Indian Cuisine. It consists of cubes of paneer, which is basically a form of cheese, with the saag, which is made up of green leafy vegetables like spinach and mustard. It is normally eaten with rotis and naan.

Paratha is basically a flatbread in Indian Cuisine which is made by cooking the whole-wheat dough on Tawa and finishing off with shallow frying.

Paratha could be stuffed with many different ingredients like mashed potatoes stuffed paratha Or radish stuffed paratha, and many more stuffings are done with paratha. It could be eaten on its own or with sauce and chutneys.

Dal Makhni is basically made with black lentils with a lot of cream and butter. Kidney beans are also used for dal makhani. It has a flavour of different spices mixed with butter or makhan, which makes it very tasty and finger-licking good.

Matar Paneer is one of the most popular Indian dishes. It is mostly the favourite and special dish for vegetarians. Matar Paneer is made with a thick curry made with onion, tomatoes and some aromatic spices. It could be taken with roti, naan or rice.

Pav Bhaaji is one of the most liked Street foods. It is served as bhaji, which is a thick curry-like mixture of vegetables, along with pav, which is a soft bread in the form of a rolled bun.

It is mostly consumed as lunch or snacks while you are in a hurry.

Chicken Tikka Masala is one of the most popular Indian dishes and is preferred by most people.

It consists of roasted marinated chicken chunks in spiced gravy, which is usually creamy and orange in colour. The chicken pieces are usually cooked in a tandoor and could be eaten with naan, roti or rice.

Chole Bhature is one of the most popular Indian dishes and is served as chole, which is a curry made from chickpeas, along with bhature, which is a puffy, leavened and deep-fried bread.

It has got a tantalising mix of Indian spices with boiled chickpeas in a mixture of onions and tomatoes.

Known as vegetable meatballs, malai kofta is a dish that you shouldn’t miss. The kofta in this can be made with gourd, cabbage, beans and many other vegetables.

The vegetables are cut into extremely small pieces and then deep fried in oil, making the koftas. Then, it is cooked in a thick curry of onions and tomatoes along with malai, which is cream giving it a delicious and rich flavour.

Samosa is mostly eaten as a snack and is in a triangular shape filled with boiled, mashed potatoes mixed with mild spices and covered in a deep-fried dough. It is served with sweet sauce or sour chutney.

Chaat is an Indian Street food which itself means ‘to lick ‘. Chaat is made with different ingredients, which makes it finger-licking good. The chaat could be made with boiled chickpeas and potatoes filled with tamarind water and raw vegetables like onion, tomatoes, green chillies and cucumbers.

It also has some spices in it. But, it is made differently in different parts. Fruit chaat is also served in some places which contain fruits along with mild spices.

Gulab jamun is one of the most liked Indian desserts. Gulab Jamuna is sweet and sticky, and mouth-watering. These are soft spongy balls made from the dough and condensed milk, deep fried in oil and soaked in syrup.

These sweet balls filled with khoya are just irresistible and give a different satisfaction as these are really delicious. Gulab Jamun is one of the most delicious desserts that you shouldn’t miss.

These are some of the most popular Indian dishes which everyone must try. These are different, offer variety and are really delicious. Indian Cuisine is a blend of aromatic spices, vegetables and different herbs and fruits, which gives a rich flavour to the dishes. Indian food is a bit spicy and full of different flavours.