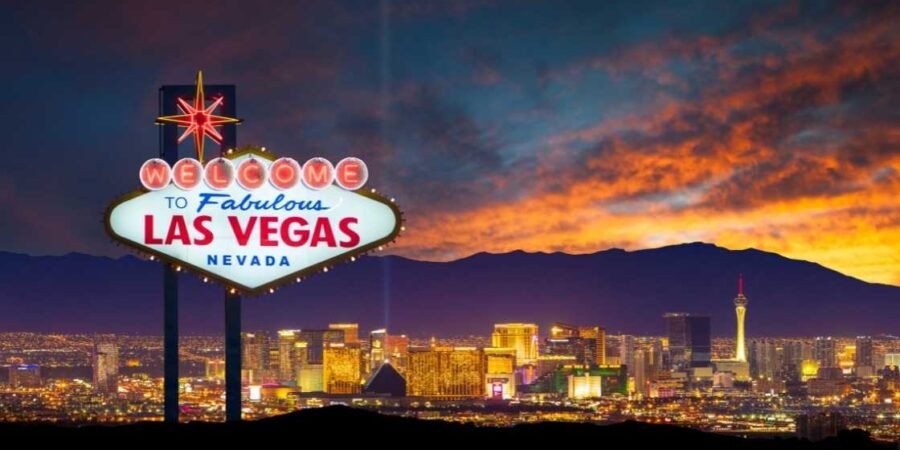 Las Vegas, also known as Sin City, is one of the most populous cities in the United States. Las Vegas is situated in a basin on the floor of the Mojave Desert within Clark County. This city is surrounded by mountain ranges on all sides.

The Mojave Desert is one of the smallest deserts in the United States. It is known for its harsh conditions and stunning landscapes. The Mojave Desert is an exotic backdrop to stories including Star Trek to Fear and Loathing in Las Vegas. Actually, it is Death Valley, the hottest spot within North America.

Las Vegas could be a nice city to live in for some people, but some people don’t prefer to live here due to many reasons like climatic conditions and the way people live here.

Here are the 10 worst things about living in Las Vegas.

One of the worst things about living in Las Vegas is that it is extremely hot in the summer.

Las Vegas is a dry and hot type of city. It rains very little in Las Vegas, only in winters. While winters in Las Vegas are mild with chilled nights but the summers offer very excruciating heat.

Sometimes the heat in Las Vegas is unbearable. The average temperature of Las Vegas in the summer months is 105° at the highest and 79° at the lowest.

Las Vegas is considered one of the most polluted cities. It ranked 13th on the list of polluted cities from ozone pollution. It is not safe for sensitive people to live there, especially people with breathing problems, because the air quality is really bad.

Las Vegas has developed in the past few years. Meanwhile, construction, transportation and industrial emissions are the culprits in making Las Vegas this polluted. Also, the growing population, less precipitation and high temperature play a part in making the air polluted in Las Vegas.

Las Vegas is entirely located in a desert called the Mojave Desert, which is the smallest desert among the North Deserts.

Very little greenery is seen in Las Vegas. Grass and palm trees are found here. Joshua tree is the characteristic plant of the Mojave Desert.

The air is also very dry here, which sucks out the moisture out of almost everything, making it hot and dry. Also, people here prefer desert-like themes for resorts and restaurants, which only leads to the lack of vegetation.

There are many kinds of pests that are found in Las Vegas, just like everywhere. Cockroaches, ants and mosquitoes are commonly found here.

Just because it’s mainly hot there in Las Vegas, all these pests are found there, along with some reptiles like scorpions and lizards. Scorpions are primarily hidden in damp areas inside houses and could be poisonous, while cockroaches and other bugs could cause diseases as they carry pathogens.

Prostitution has become somewhat of normal practice in Las Vegas. Even though it is illegal in the maximum part of Las Vegas, still it’s been practised here along with solicitation.

Some parts of Las Vegas are even plastered with adult images, and it is difficult for families with children to find a decent place to spend some time. Even though it’s not bad, some places just contain some inappropriate stuff.

Las Vegas is not at the top of the crime rate, but still, some kinds of crimes are happening here. The sex trafficking rate is much higher in Las Vegas.

Normalizing prostitution is somehow responsible for the higher rate of sex trafficking. There also have been cases regarding child prostitution in Las Vegas.

The prevalence of addiction is high In Vegas, and it is known as Sin City for a reason. Las Vegas is widely known for its vices, with gambling being among the most popular.

You’ll find locations and settings to enjoy it almost everywhere you go, whether in restaurants, casinos, grocery stores or even at home.

Fine dining is fine occasionally; however, the issue is that most of the fancy restaurants in Vegas are located in casinos, where the attraction is always there, and it is very easy to be sucked into the bets, which sometimes could cause loss of a lot of money.

Las Vegas is considered a city that never sleeps, so it has a 24 hours work environment. There is a rush every hour in Las Vegas, and it is always jammed with people.

Public transportation is also very limited here, and it is very costly compared to other places. The limited number of police officers on patrol worsens the traffic as there is no one checking the aggressive drivers.

Known as a centre of entertainment, Las Vegas has also been called poor, cruel and scummy. There are people who are evil everywhere, and it’s true, but there is an abundance of poor people in Vegas.

Drugs are everywhere, frequently in plain sight. Prostitution is commonplace, and there are a lot of moral hazards that are continuously publicized. There is cigarette smoke, drug dealers and drug addicts everywhere.

Lack of Community and Moral Entertainment

Even though it is a fun-loving city, when it comes to settling down, it could be a lot harder, especially if you are alone. It is a 24×7 workout city, so people don’t have time for others, or some just don’t care about others.

Las Vegas is undoubtedly an excellent option to enjoy and party, but it also has some drawbacks. Las Vegas has many worst things like prostitution, hot weather, pollution etc.

Also, it’s not that friendly for families and children. The price of living here might not be reasonable for some people. But along with these worst things, many good things are also there to enjoy and have a good time.

Also read: 5 Best Places To Visit In Chicago In Summer